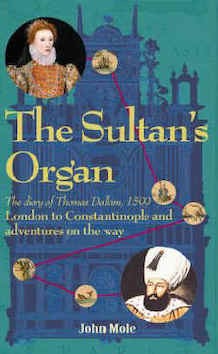 The diary of Thomas Dallam
1599

A fascinating glimpse of the clash of Western and Muslim cultures. Faithfully translated into modern English, unembellished and unedited, this illuminating historical source reads as if its Elizabethan author were alive now.

In 1598 merchants of the City of London paid for a Present to be given by Queen Elizabeth to Sultan Mehmet III of Turkey. In return the merchants hoped to secure trading concessions, and the Virgin Queen to turn the Sultan's military might on her Spanish enemies.

The Present was a carved, painted and gilded cabinet about sixteen feet high, six feet wide and five feet deep. It contained a chiming clock with jewel-encrusted moving figures combined with an automatic organ, which could play tunes on its own for six hours - or by hand.

The Present was dismantled and dispatched on a merchant ship early in 1599. It took six months to get from London to Constantinople. With it went four craftsmen. They were Thomas Dallam the organ builder, John Harvey the engineer, Michael Watson the carpenter and Rowland Buckett the painter. Dallam was just twenty four years old.

The Sultan was so impressed by this marvel of British technology that he offered Dallam a permanent job, with two virgins included in the remuneration package, and granted England vital trading concessions.

Dallam was the first foreigner to record a glimpse into the Sultan's harem. And the first to make an overland crossing of mainland Greece. The Sultan's Organ is a wonderful traveler's tale that will entertain and inform travellers to Greece and Turkey and fans of Elizabethan history. 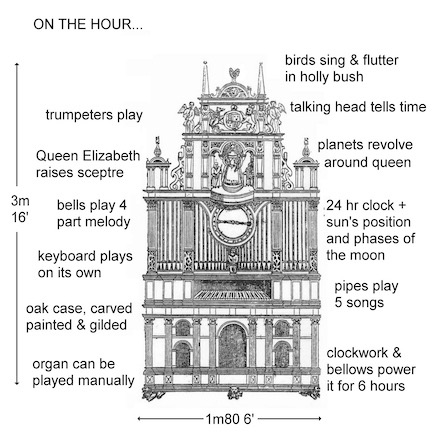