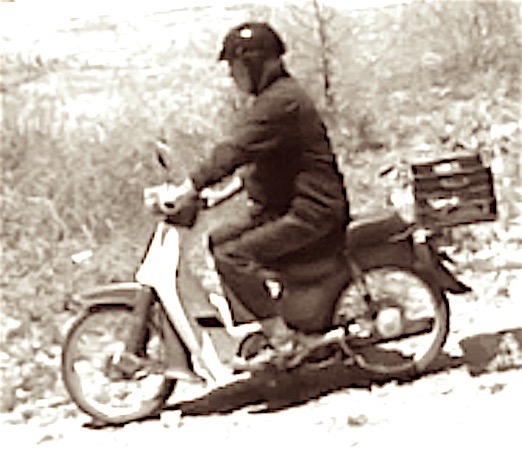 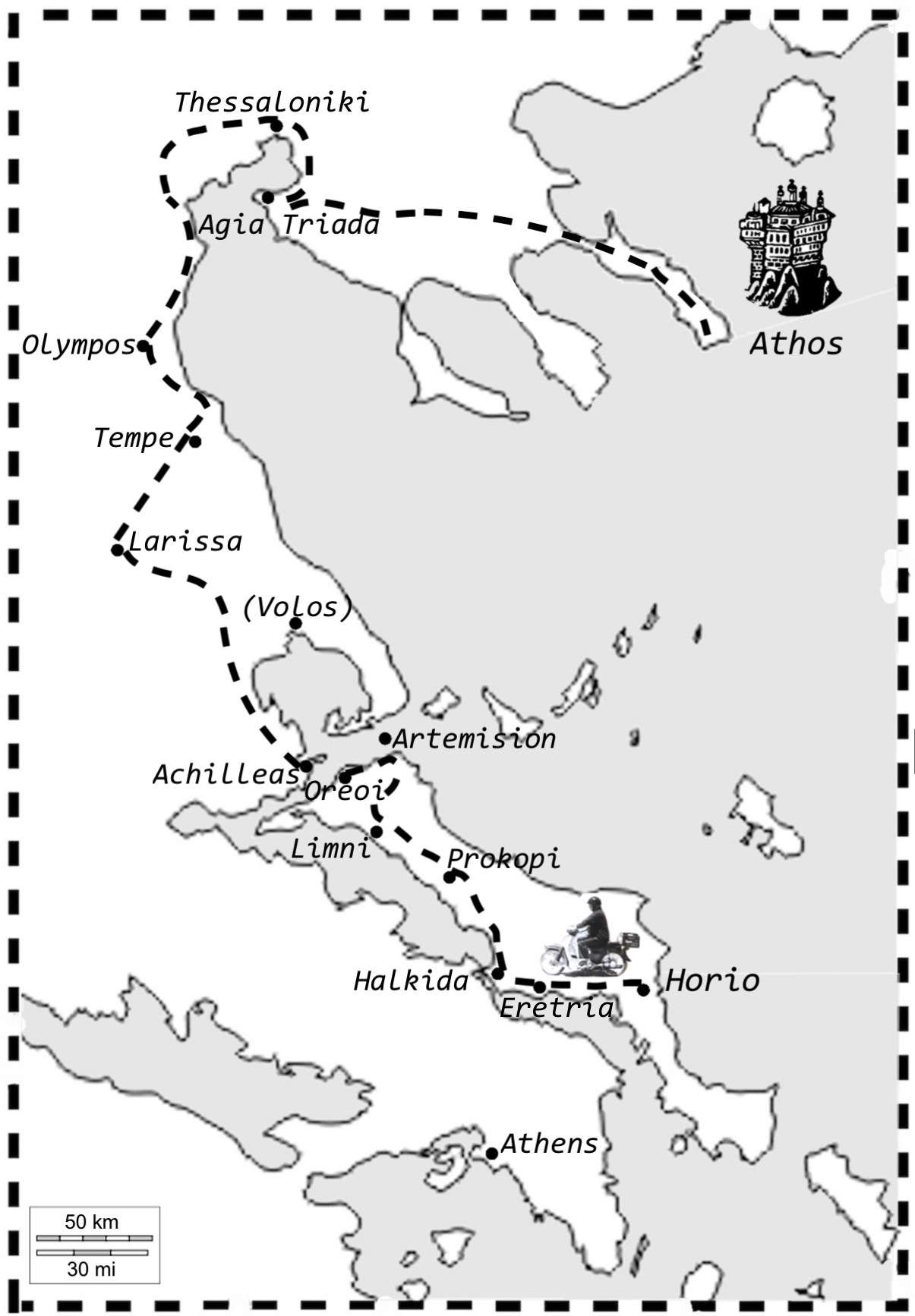 Harley and the Holy Mountain is about a road trip from the island of Evia, through central Greece and ending at the monastic state of Mount Athos. It is a sequel to It's All Greek To Me! with similar humour, self-deprecation, entertaining stories, and insights into today's Greece.

Greeks are brought up to believe they are direct descendants of the Ancient Greeks whose language they speak. They also believe they are custodians of the one true religion, Orthodoxy, the defining characteristic of Greekness for two thousand years.

As we meander north we encounter the key moments in three thousand years of history that every Greek is familiar with and create their sense of who they are. Some are celebrated, for example the War of Independence from the Ottomans, others are no less powerful but unspoken, like the Civil War of 1946-49.

We come across the different peoples that created today's Greece. A hundred years ago the first language of half the population was not Greek but any one of Albanian, Aromanian, Macedonian, Pomak, Tsakonian, Romaniote, Ladino, Romani, Turkish, Italian and half a dozen Anatolian dialects with all their racial and cultural baggage.

Having travelled through time and space, I leave Harley at the frontier of Athos and plunge into a spiritual dimension. Wonder-working icons and relics are channels to the divine; everyday miracles are part of nature; the marvellous deeds of saints are facts not metaphors. Their reality permeates Greek culture and sense of self.

Greece is two hundred years old. Out of a patchwork of cultures and languages Greeks have forged a homogeneous European nation. Since the bloody revolution against the Ottomans, Greeks have resisted British, French, Russian, German, Italian, Bulgarian and American incursion, invasion or domination. The struggle continues for independence from the Brussels, Frankfurt and Washington institutions that control its finances.

Through turbulence and disaster Greeks have created a vibrant, enterprising, European democracy with a unique identity. It is an extraordinary story of an extraordinary people. Harley and the Holy Mountain joins in the celebration. And the fun.